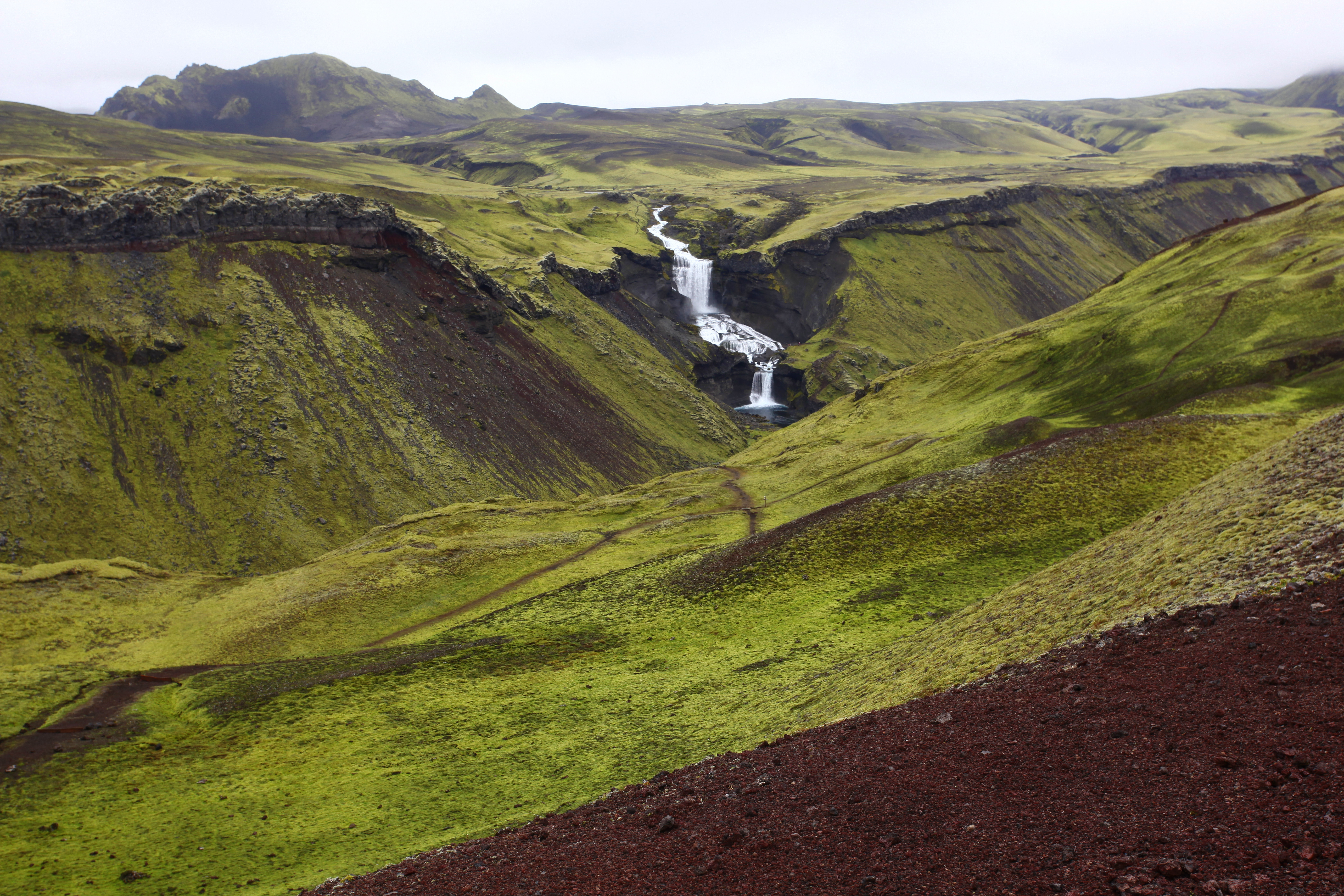 Eldgjá is a spectacular series of eruption craters, about 70 km long, often spanning 600 m in width and as deep as 200 m. The area last erupted in about 934, just after the Norse settlement of Iceland. It is thought that the craters continue under the Mýrdals Glacier to meet Lake Lamba slightly west of Laki. A great deal of lava has poured from Eldgjá down to Landbrot and Meðalland (Medalland), to reach the sea at Alviðruhamri (Alvidruhamri) in Álftaver. The lava has been estimated as having covered a 700 km² swathe after the last ice age, the largest lava area in historical times anywhere on Earth. Eldgjá is thought to be part of the same volcanic system as Katla. It is a natural wonder and is on the list of special nature sites. The northern Fjallabak road runs between Kirkjubæjarklaustur and Landmannalaugar. It is possible to walk from the resting place to the Ófæra Waterfalls in the North Ófæra district. There is also a road up to the east edge of Eldgjá, but to get there requires driving through the North Ófær along a ford which is not always trustworthy. On the other hand, a walk up to Gjátindur is rewarded by a sweeping view over Eldgjá, all the way to Langasjó, Fjallabak and the Lakagígar craters.