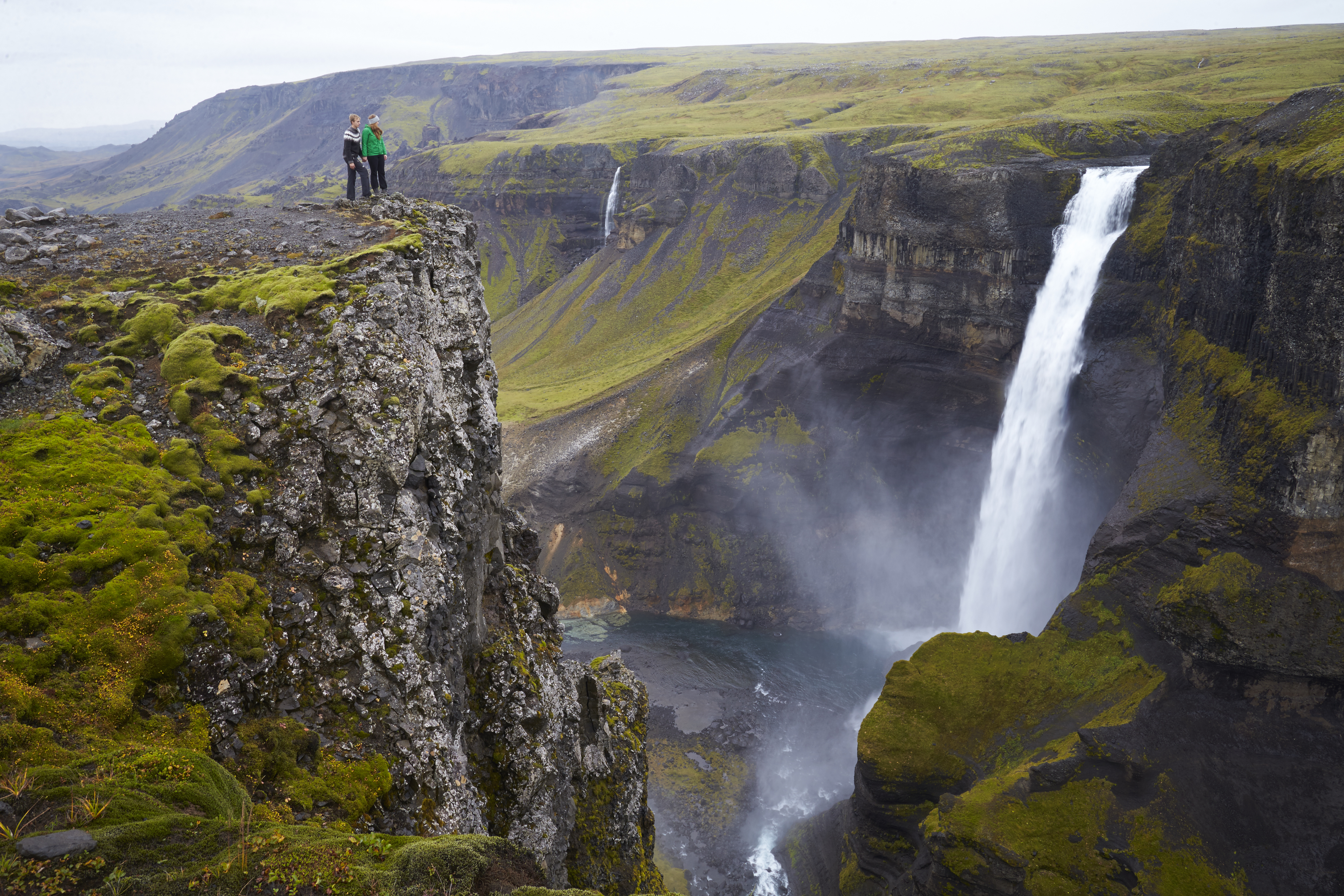 The Fossá River cascades from the edge of the highlands into the narrow valley of Fossársdalur, at the head of the valley of the Þjórsá River. The river pours over steep cliffs in two falls, the larger one is named Háifoss (High Falls). It is 122 metres high and is the second highest in the country (after Glym in Hvalfjörður). The other falls, slightly lower, appears a short way from Háifoss is named Granni.

The strata by the falls are nearly 2 million years old and are composed of thick, successive layers of lava lying on top of palagonite and compacted layers of volcanic ejecta that erupted before the ice age.