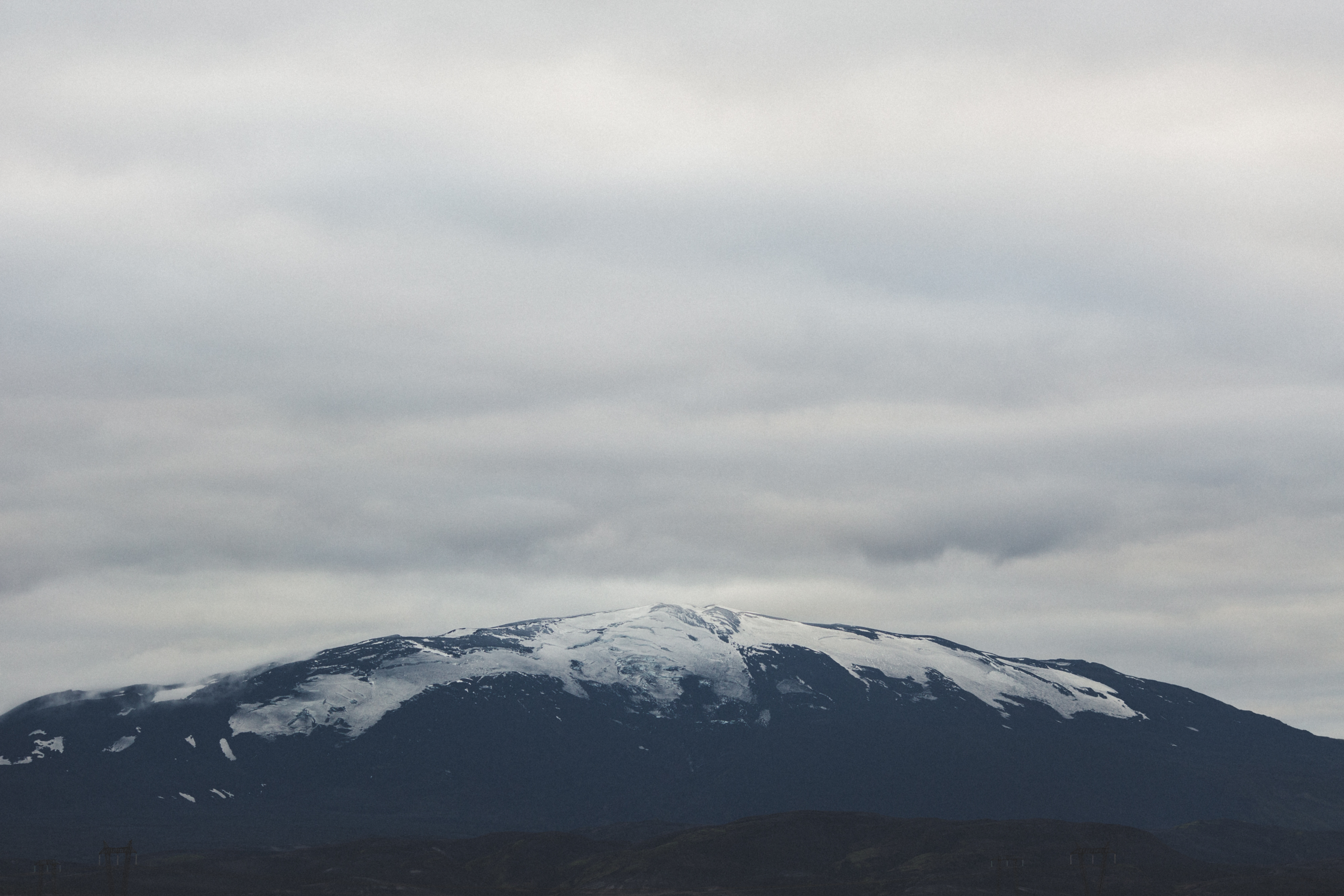 Mt. Hekla is the Icelandic mountain best known to foreigners. It stands 1491 meters above the fields surrounding the Rangá River. It has been built up of volcanic eruptions and stretches from the southwest to the northeast. The eruption fissure runs for about 40 km, though in the eruption of 1947 the Hekla fissure itself was about 5 km in length.  Research on the ash layers has shown that the history of Hekla extends back at least 6600 years. In historical times Hekla has probably erupted almost 20 times, and in addition there have been 5-8 eruptions close by. Hekla is one of the most known volcanos in the world and writers in the Middle Ages quickly learned about it. At that time it was believed to be the actual entrance to Hell and that doomed souls burned there for eternity. In English, at least, the pejorative “to heck with that” still persists. It is thought that the Icelanders Eggert Ólafsson and Bjarni Pálsson were the first men to ascend to the peak on the eve of June 20, 1750, though there are older stories of going up the mountain. It is easiest to climb Hekla on the north or northwest sides.