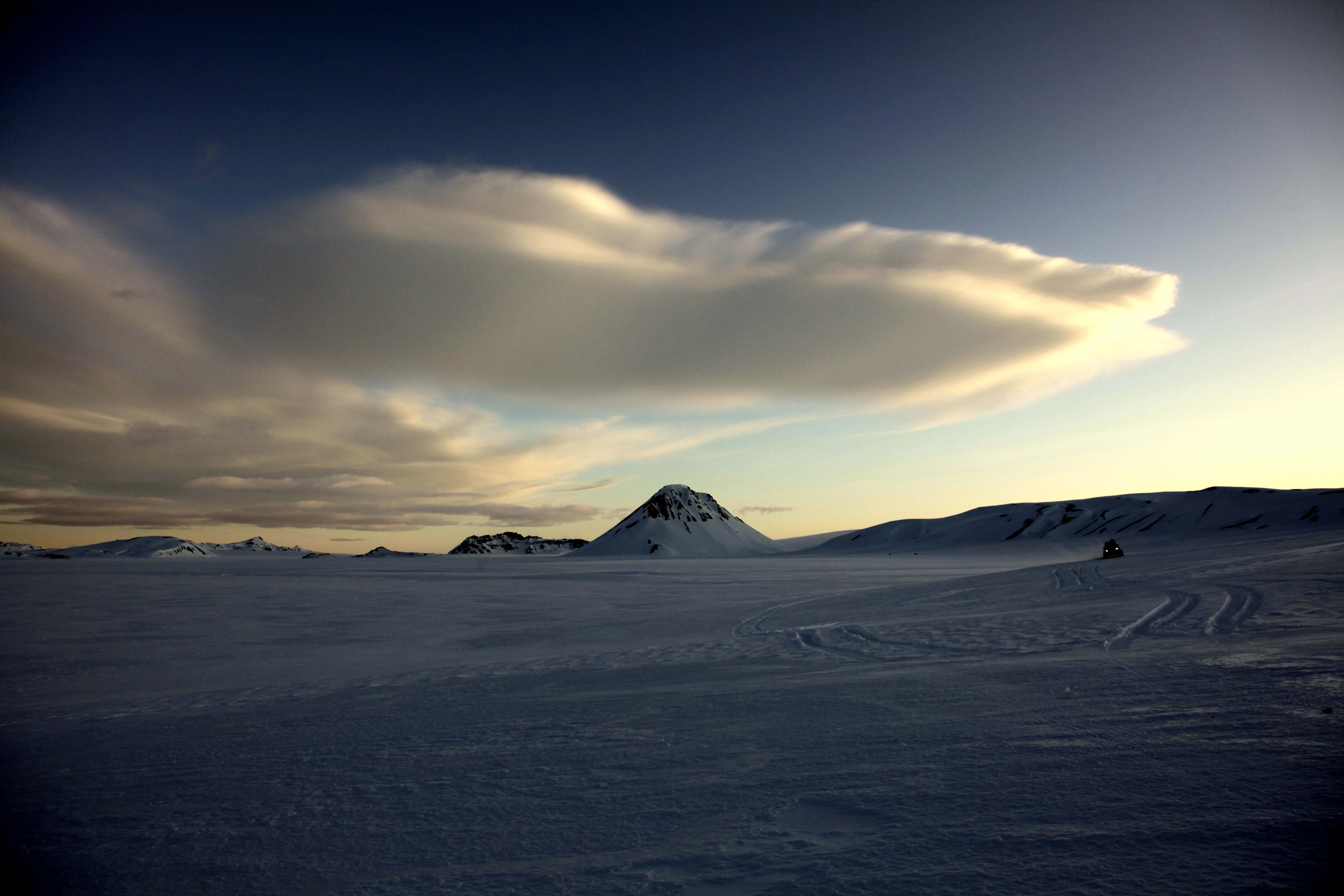 Mælifell is in Mælifellssandur, bounded by Kaldaklofskvísl to the west, the Torfajökull Glacier area to the north, Mýrdals Glacier to the south and the Hólmsá River in the east. Njálssaga, one of the most important of the Icelandic sagas, recounts that Flosi and his companions rode over Gásasandur after setting fire to Njáll and his house. The name of Mælifell must have been used to mean the western part of Mælifellssandur as the mountain that gives the sands their name is actually to the east and was likely a landmark during the time of the settlement in the ninth century. The sands lie about 600 metres above sea level and are relatively flat and barren. Travellers need to watch out for sandbars in the river branches, piled up in part by the wind. The mountain itself is east of the sands, rising 791 m. It is an easilly spotted landmark with its pyramidal shape and green color from the moss growing over it, standing up in the middle of the sand wasteland.