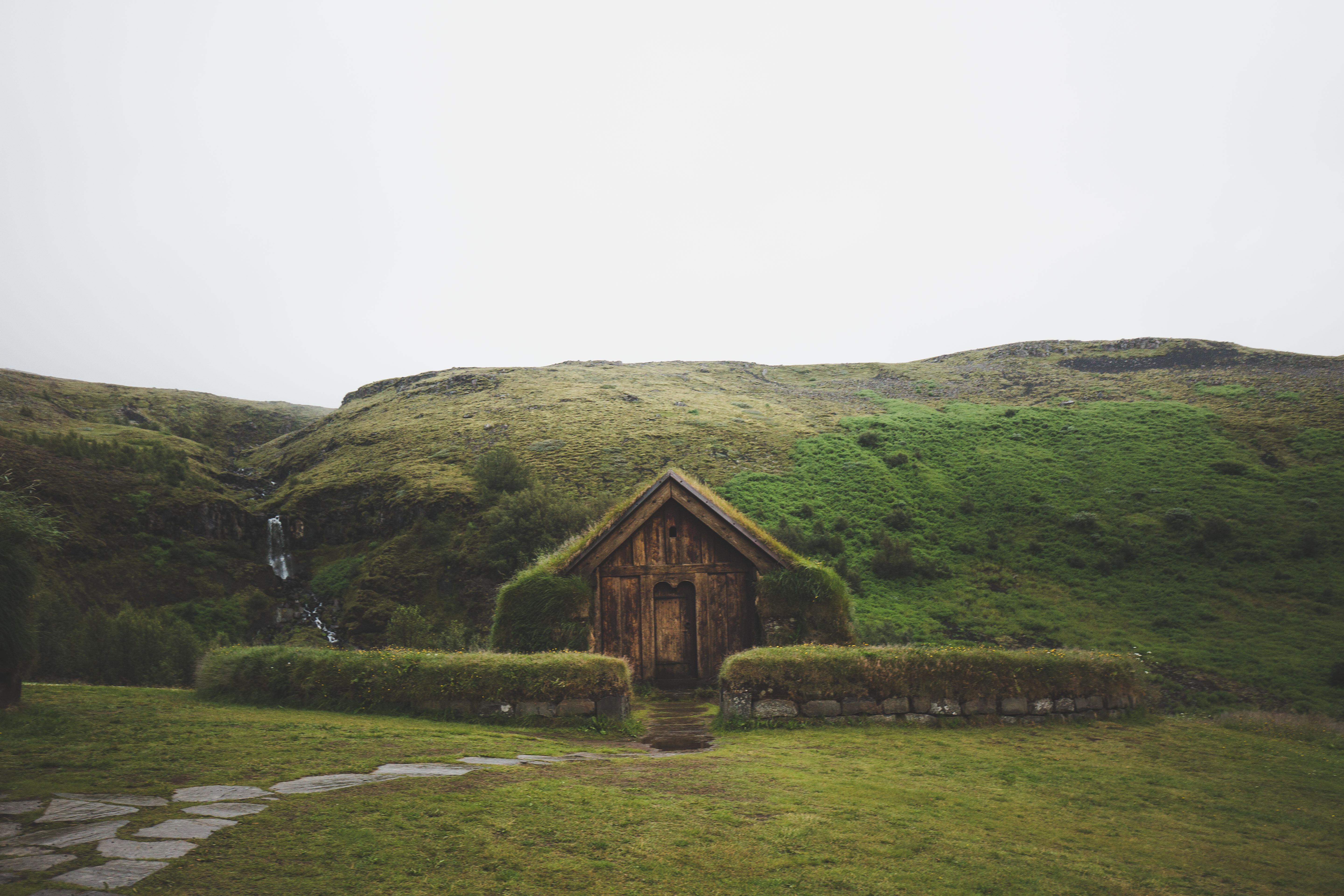 In 1104 Mt Hekla erupted for the first time in the history of Iceland. The eruption laid waste a whole community in the valley of the Þjórsá (Thjórsá) River in the Árnes district, hardly fewer than 20 farms. More than eight centuries later, in 1939, Nordic archaeologists excavated several of these farmsteads. In one place, the ruins of an old manor appeared, well preserved under a thick layer of pumice, that hardly has its equal in the cultural area of the old Norse. This was the former Stöng. It appears that the Stöng manor house had been rather recently constructed when Mt. Hekla destroyed it, as the remains of an older farmhouse have been found under it. The outline of the Stöng farm shows that the construction of the buildings had been recently changed and had taken on a definite plan. Archaeological research at Stöng in 1939 revealed, in addition to the main manor house, ruins of other buildings including a cowshed, a barn and a smithy. Further excavation has also uncovered the remains of a small church and cemetery.