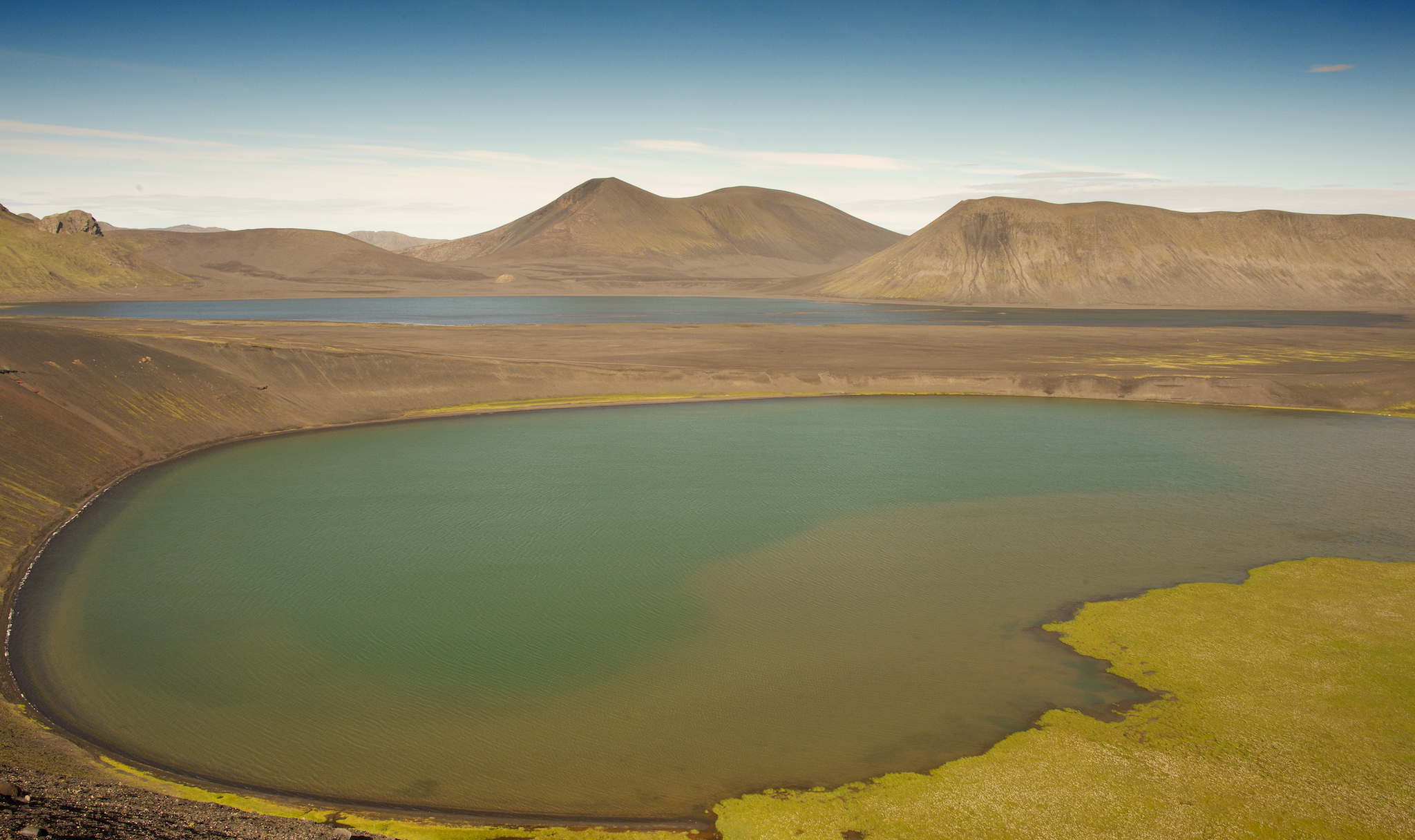 Veiðivötn, or Fishing Lakes, form a group of lakes in the Landmanna district north of the Tungnaá River. They lie in a northeast - southwest depression between the Snjóaldar mountain range to the southeast and the Vatnaaldar crater row to the northwest. The Veiðivötn area is about 5 km wide and 20 km long running from the northeast to the southwest. The area has been scorched by volcanism and covered with tephra, craters and lava. A huge eruption in 1477 formed a crater row around Veiðivötn and south to Landmannalaugar. Many of the lakes are in craters that go down to the water table. It is clear that the 1477 eruption gave Veiðivötn its present form and perhaps that at the same time the large ancient sea that had been there disappeared.

As the name indicates, the lakes provide excellent fishing. In fact, in earlier times they were known as the Fish Lakes. Before, only the brown trout were fished, but after bleikja or river trout were introduced elsewhere in the area by the Tungná River these fish have been found in Veiðivötn as well.