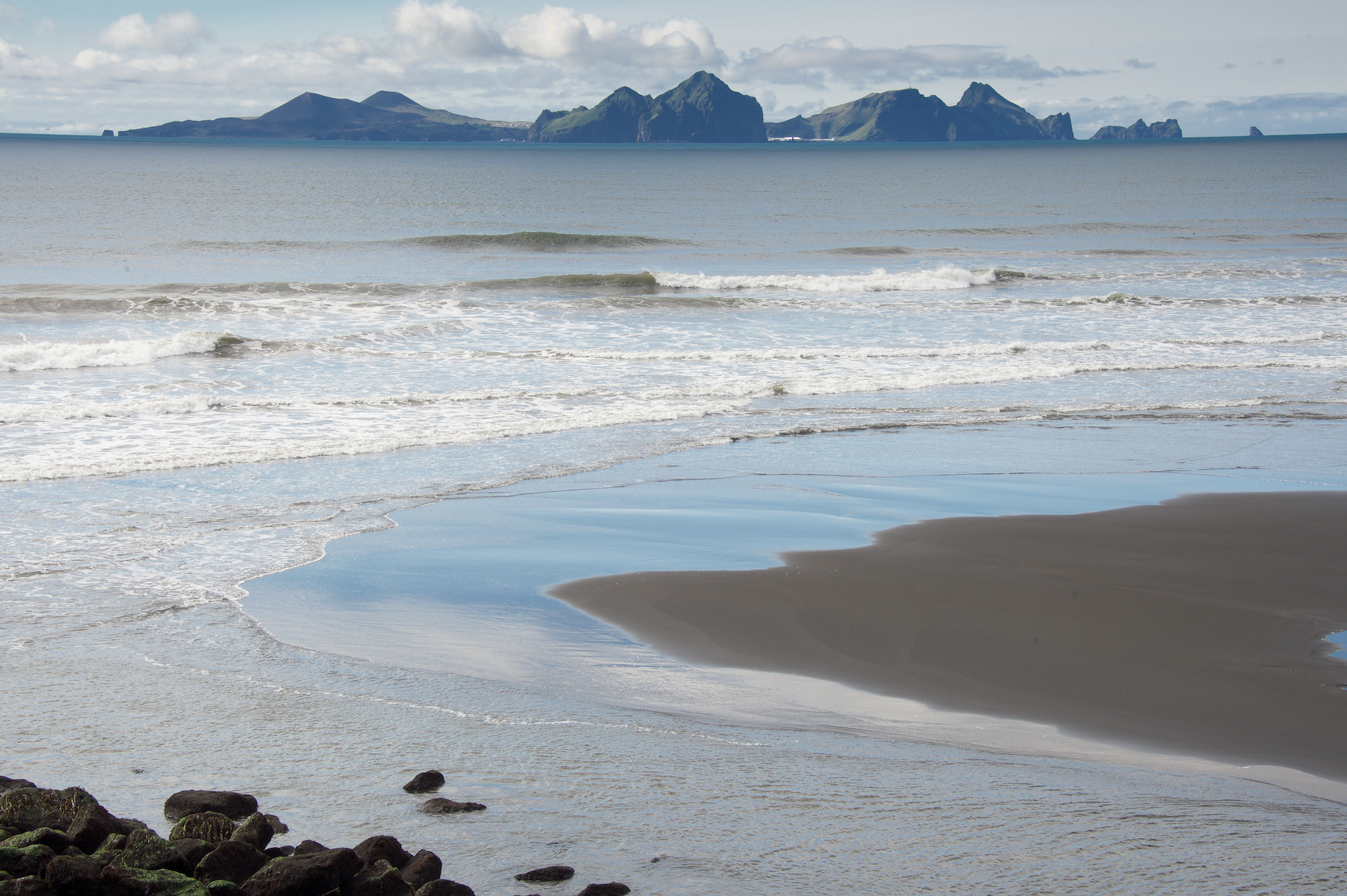 The Westman Islands are a group of fifteen islands, situated just off the south coast of Iceland. The main island, Heimaey, has a population of about 5,000, and is the only one of the islands that is inhabited. The island was first settled in 930 A.D., although some sources claim that a fishing village had been established there 300 years earlier and that, by that time, Irish monks had already been to Heimaey, too. No port in Iceland registers bigger catches than this one and the island is simply buzzing with life. At 2:00am on the night of January 23 1973, a massive eruption began in the eastern part of Heimaey. Almost all of the 5,000 inhabitants were safely evacuated to the mainland. The eruption lasted for over 5 months and caused extensive damage to the town, burying houses under lava and ash. Only a few weeks after the eruption ended, the population had returned to clean up and continue their lifes. The eruption added a total of 250 million cubic meters of new volcanic material to the island.